We were instructed by the customer to make some natural paths through this woodland and we happened to time it just right to coincide with some tree work on the nearby yew trees.

Branches were used as path edges after the paths had been leveled, and steps made from thick oak boards. We then layed down some landscape fabric and used wood chip for the surfacing of the paths. In addition we also built some steps into the steep hillside to allow access up to the lawn and rebuilt a dry stone wall where there was evidence of an old one existing before. This created a lovely natural curve mirroring the steps and wall. Benches have been made and we will plant up the woodland in the coming months.

On the same site we cleared about half an acre of buddleia to create a terraced planting area with paths running through, renovated an old mysterious sunken garden and will be building a bridge over this to connect the terraced area to the woodland walk. We shall be planting the area with sun loving sub tropical species and build a moon seat and pergola or hut to shelter in.

We are also creating a graveled path from the driveway to link with the woodland walk so that it will be possible to enjoy the whole garden on a continuous path. 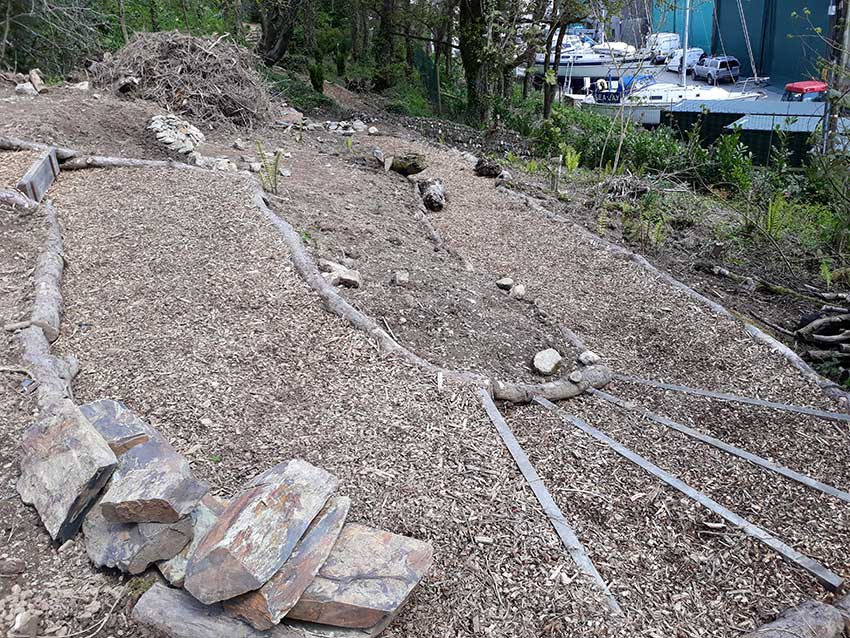 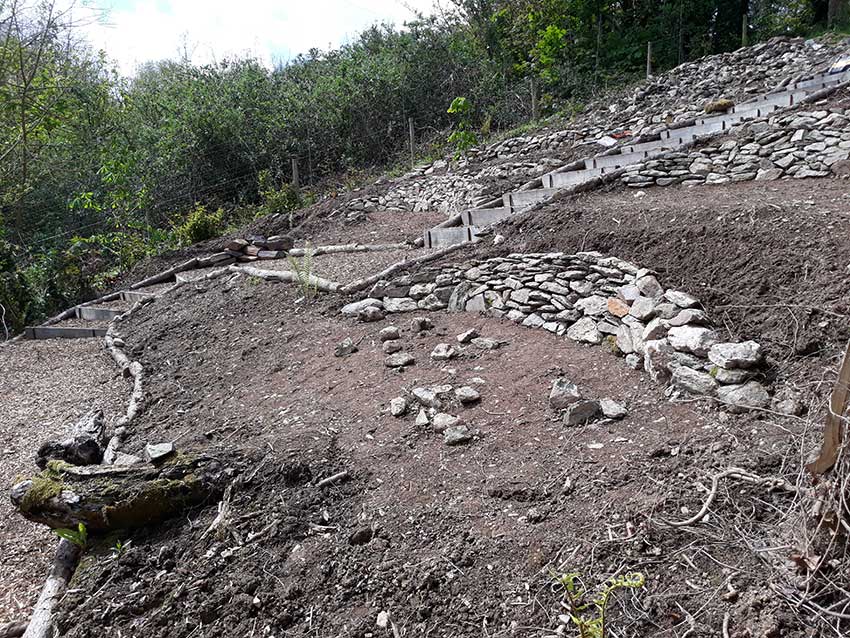 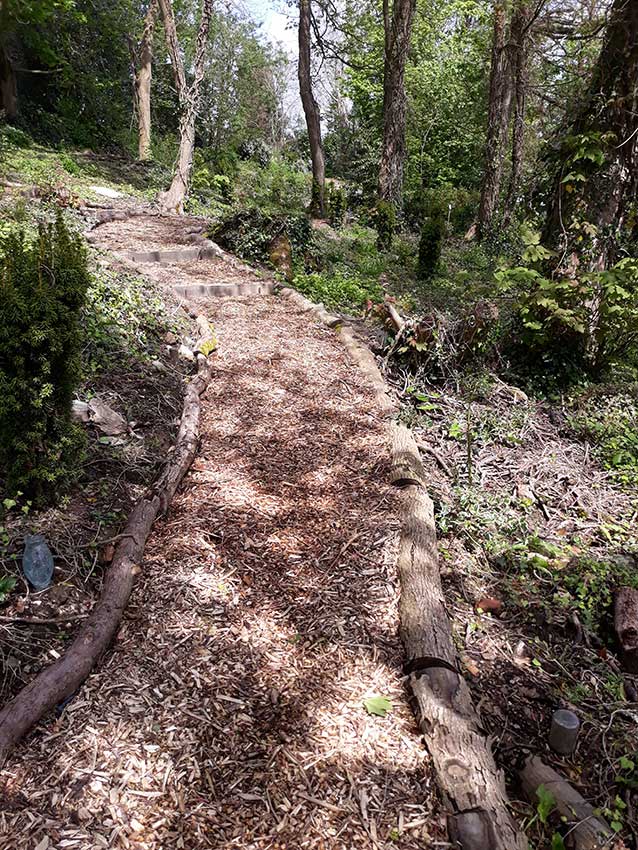 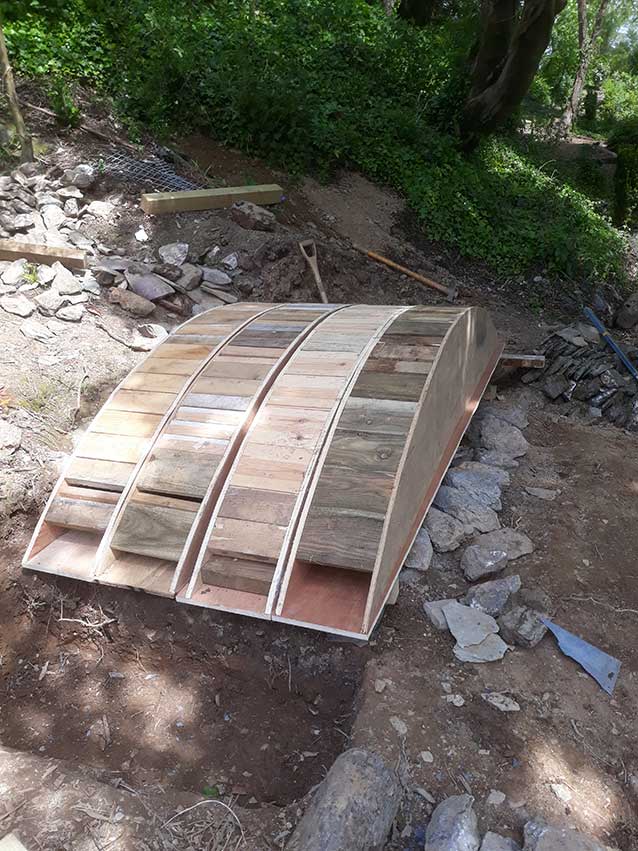 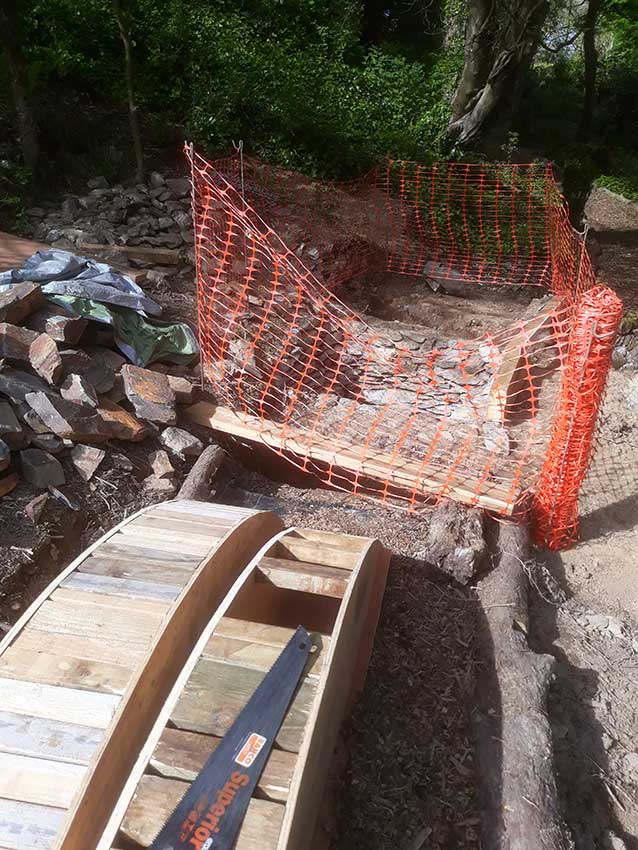 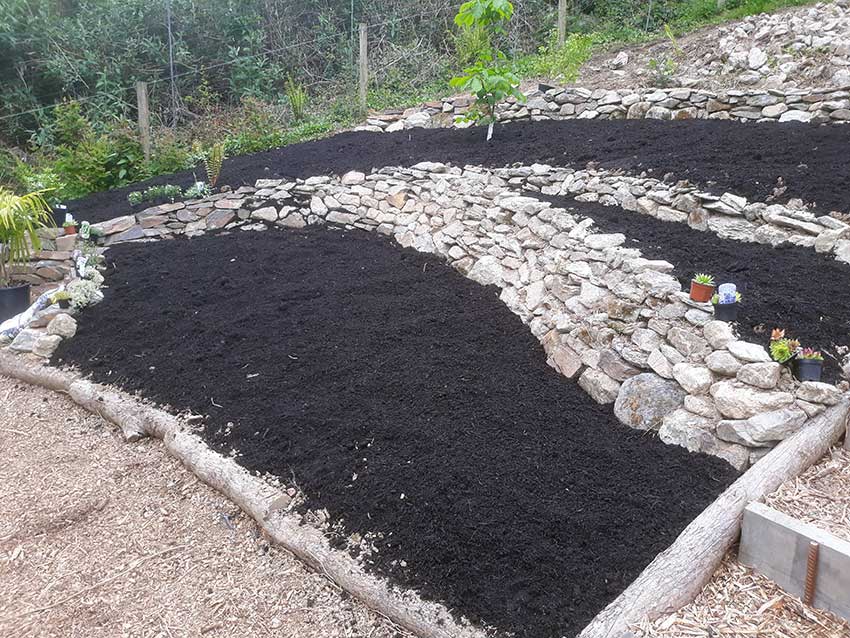 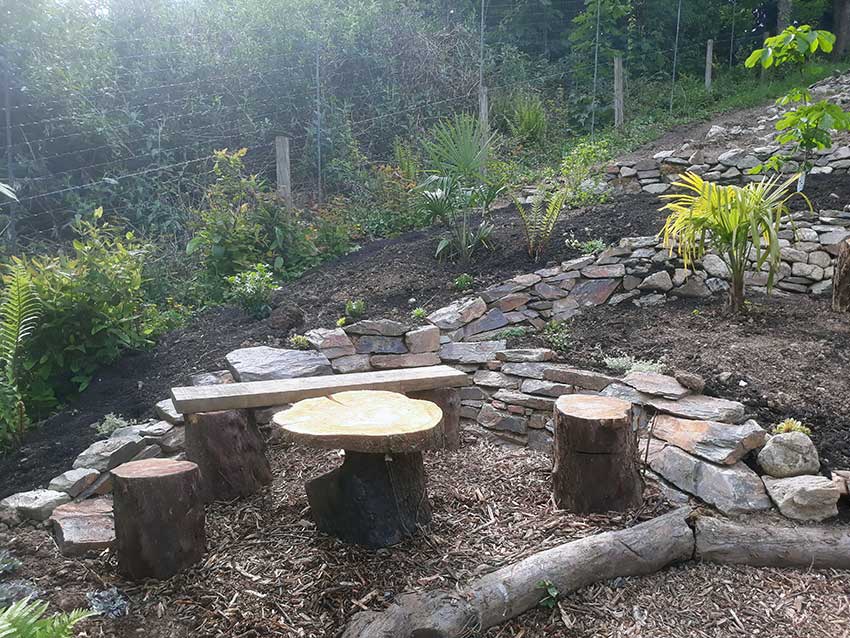 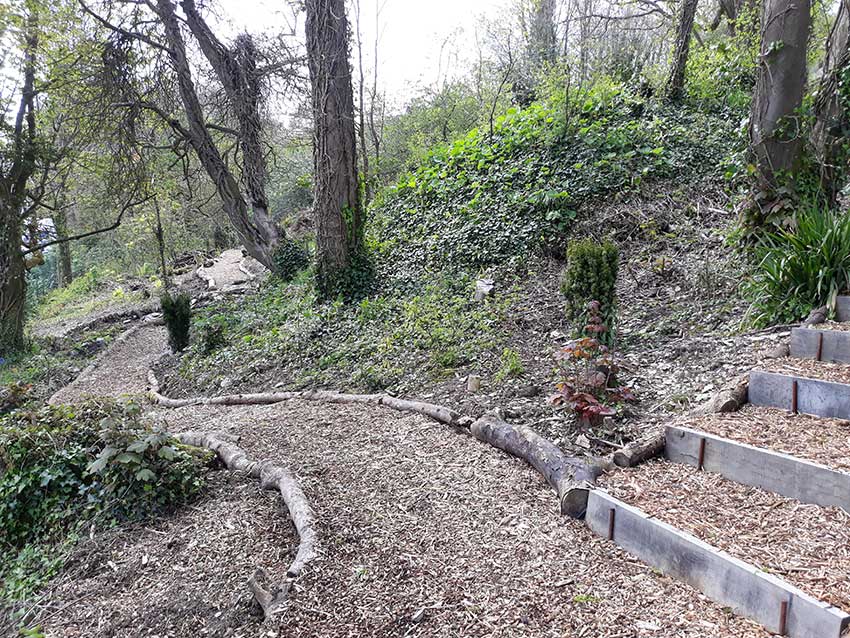 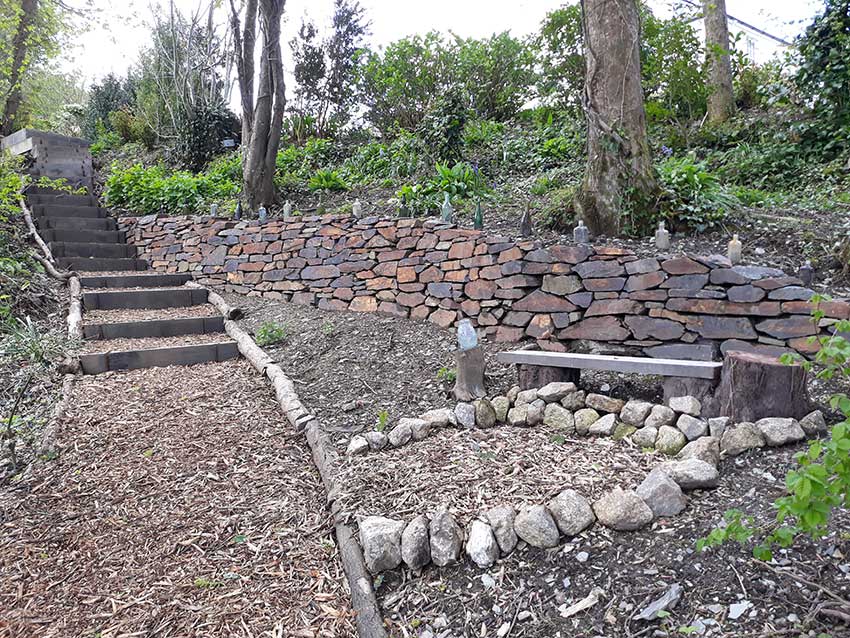 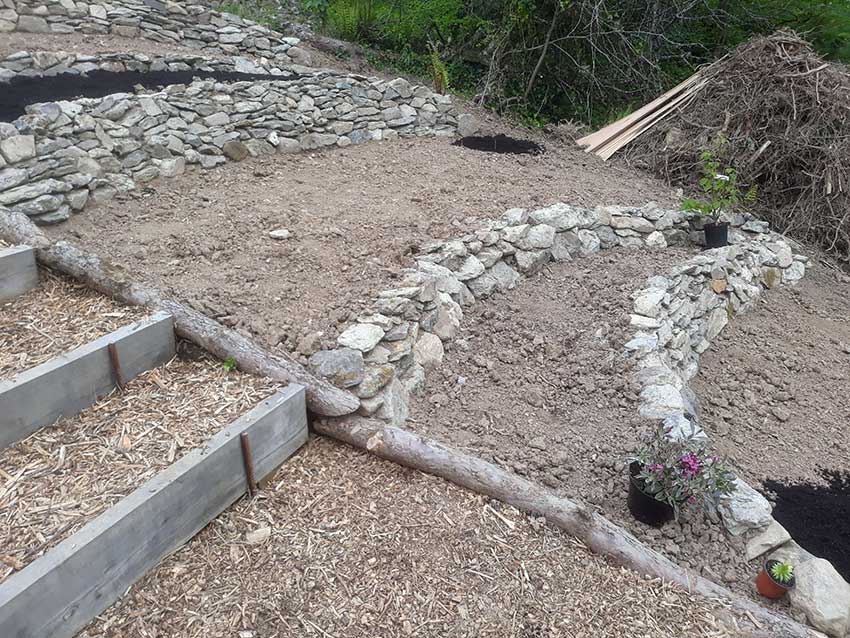 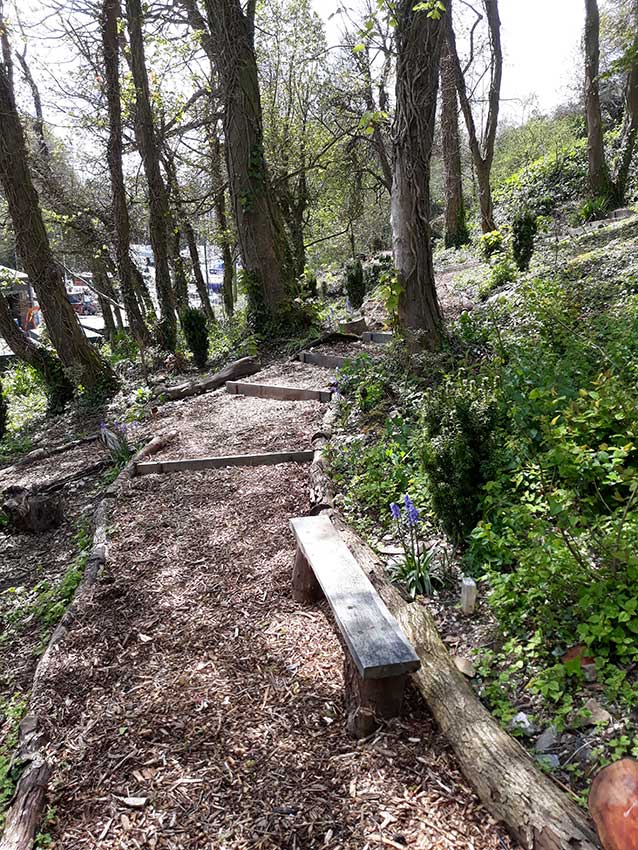 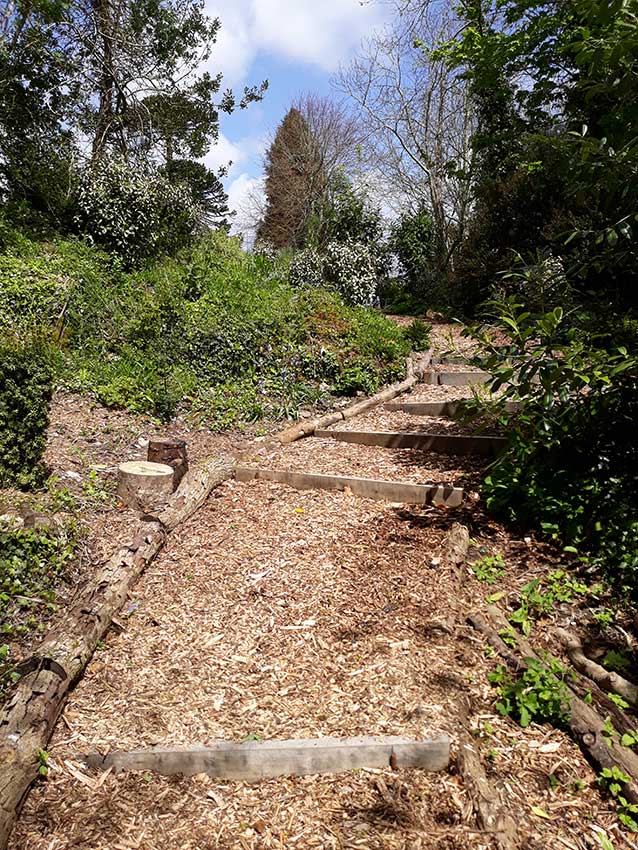 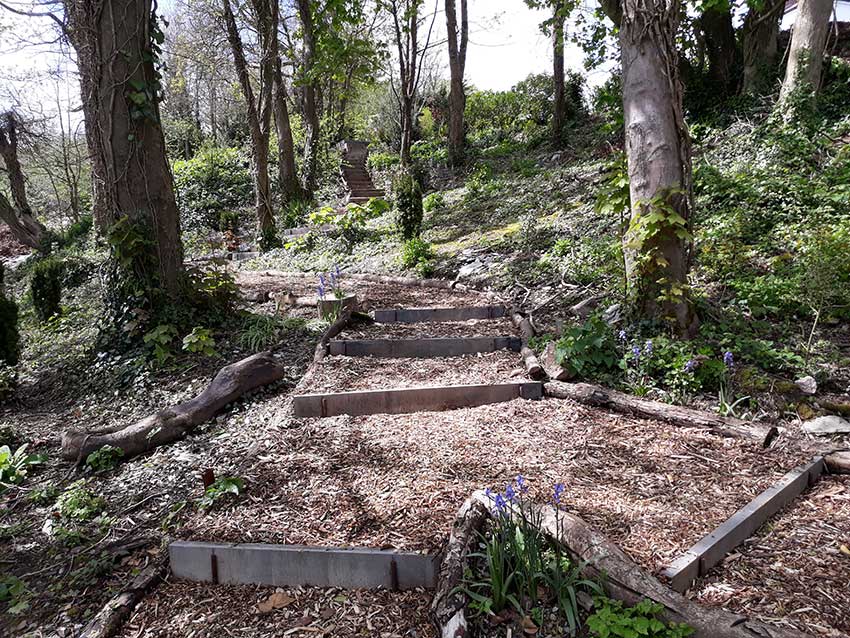 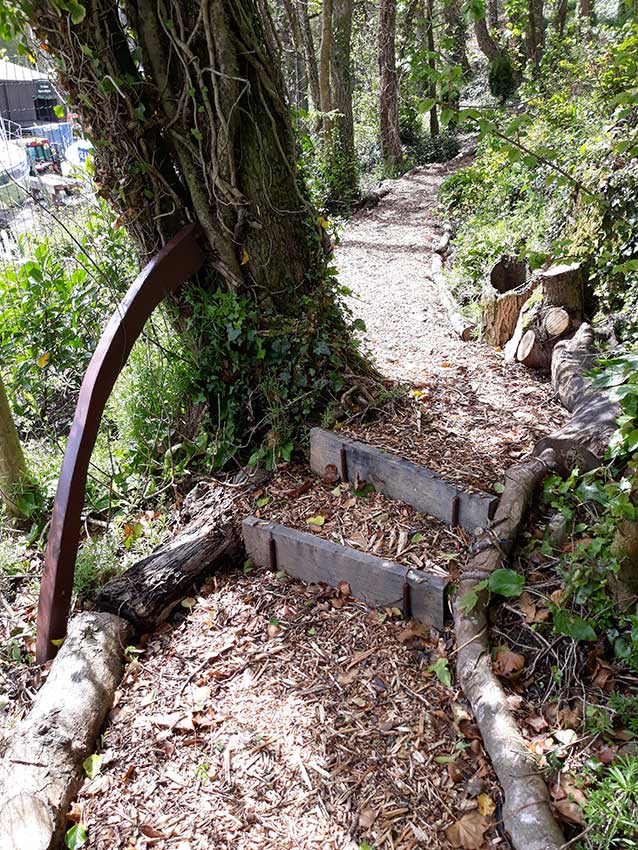 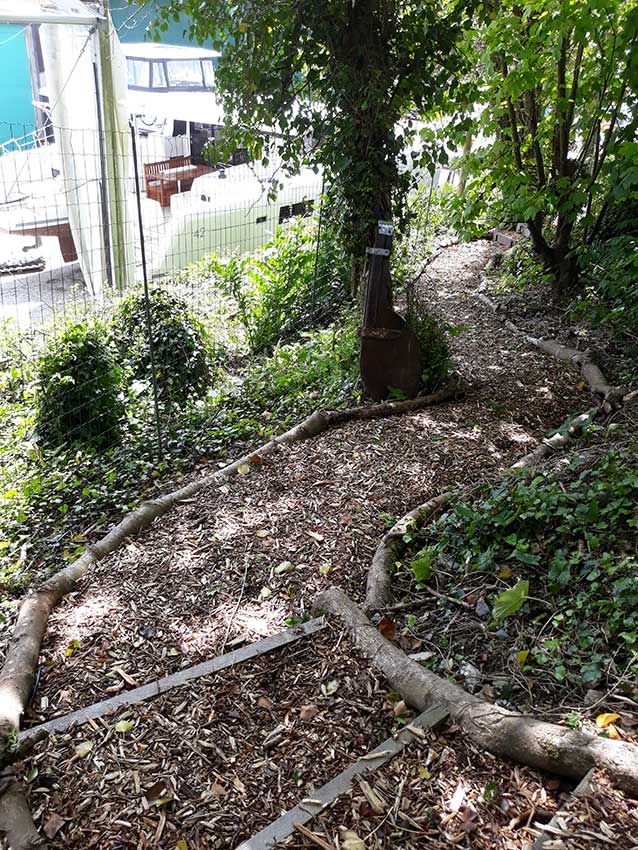 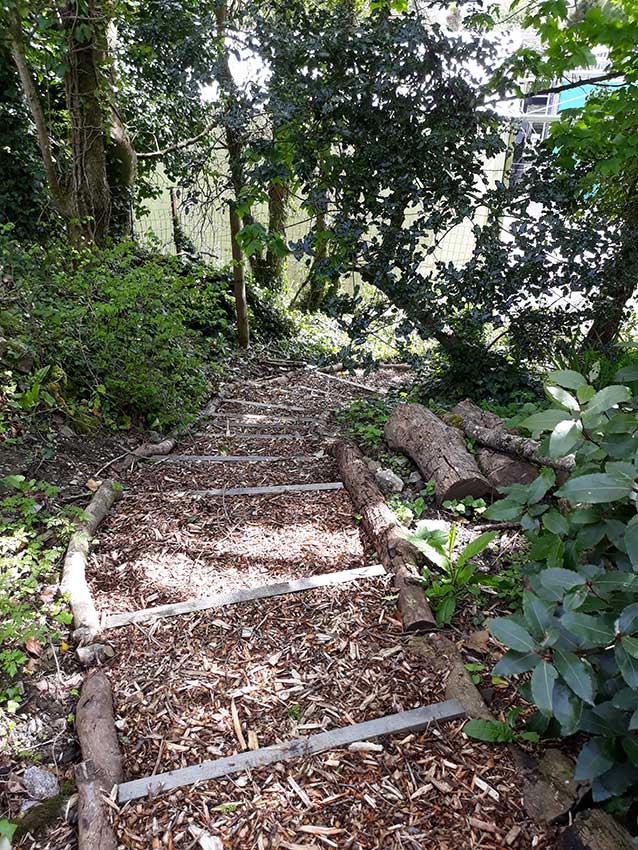 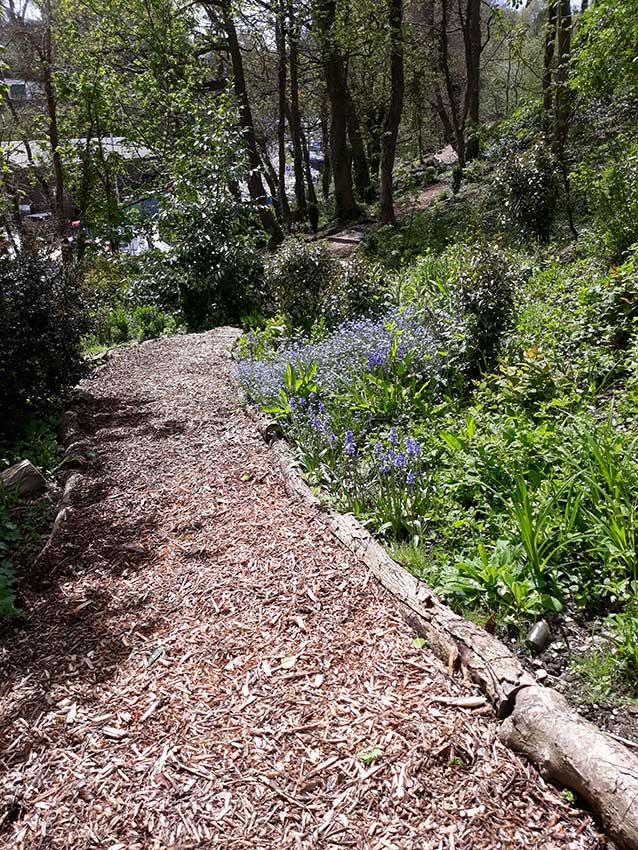 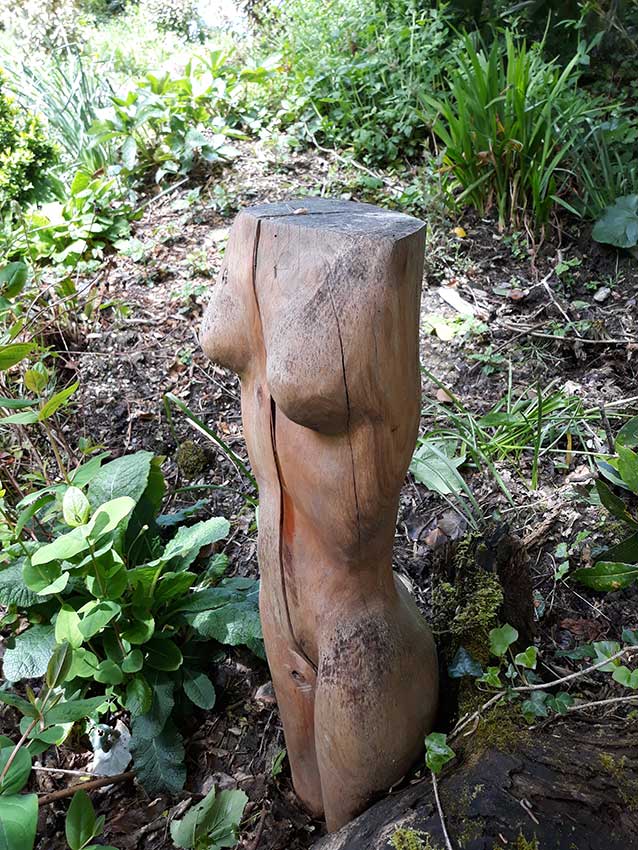 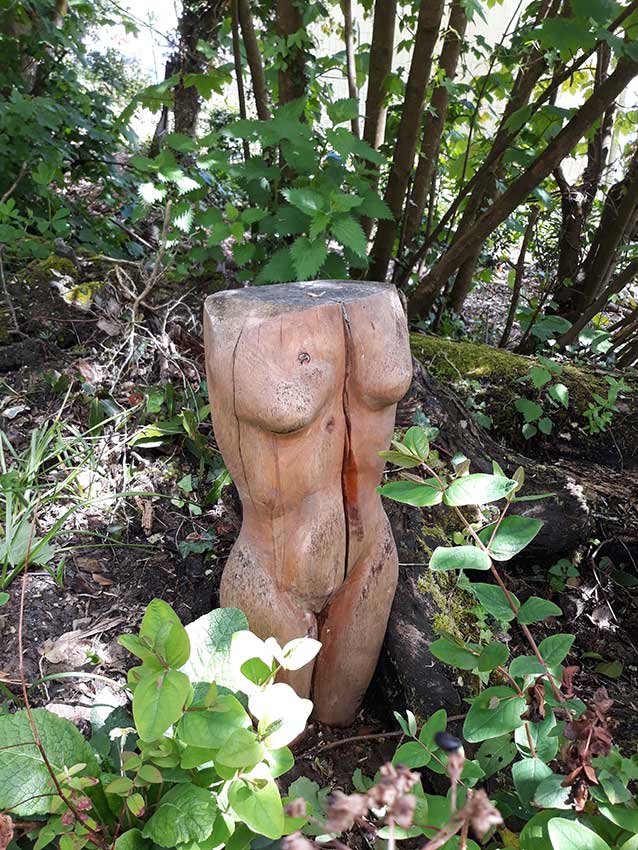 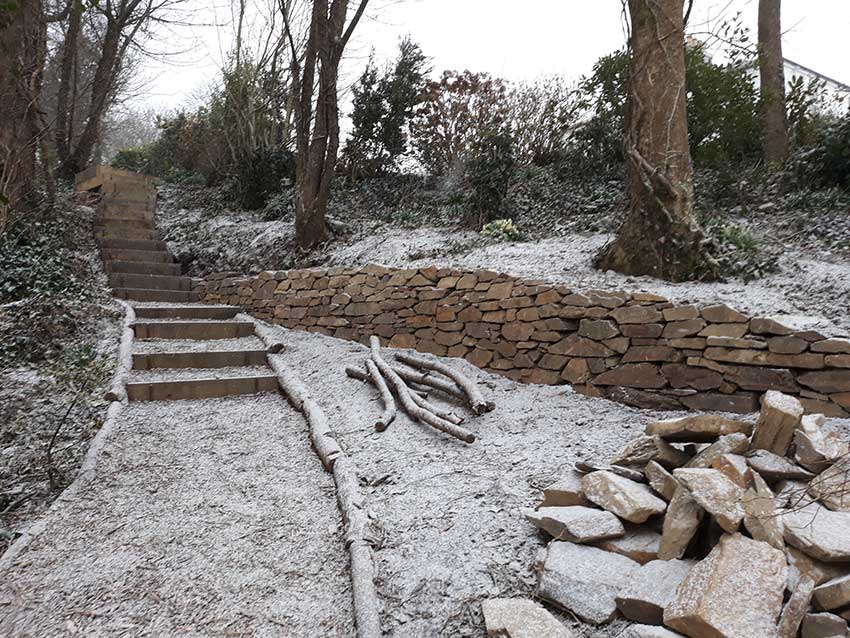 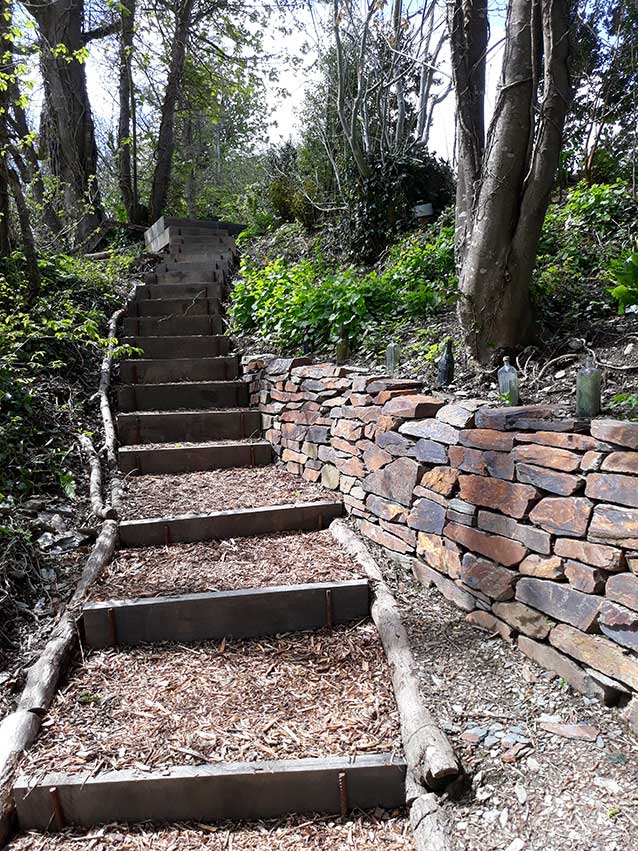 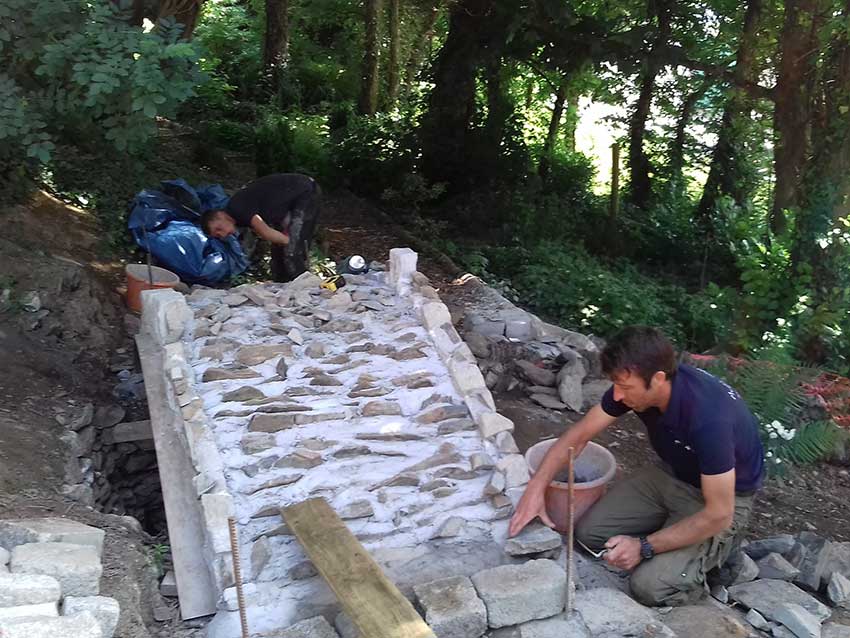 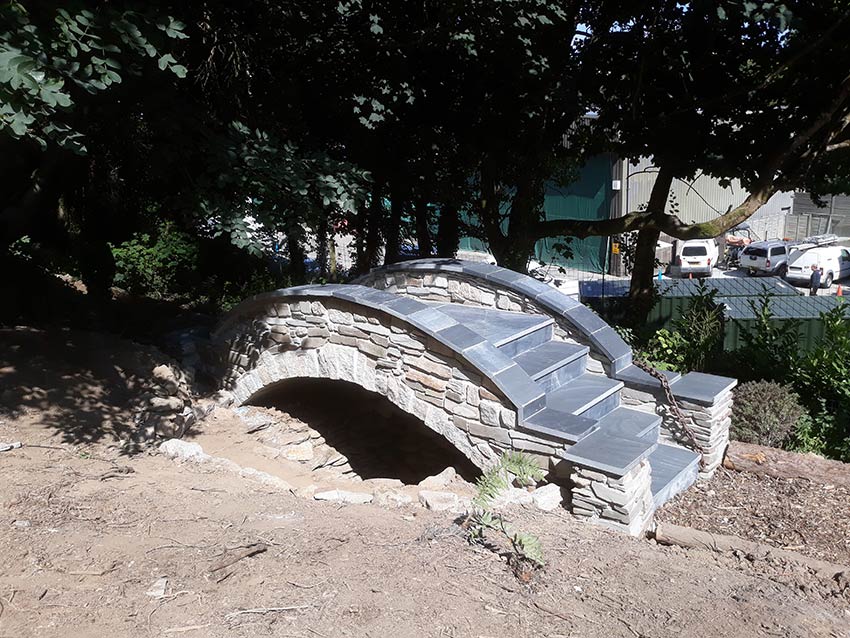 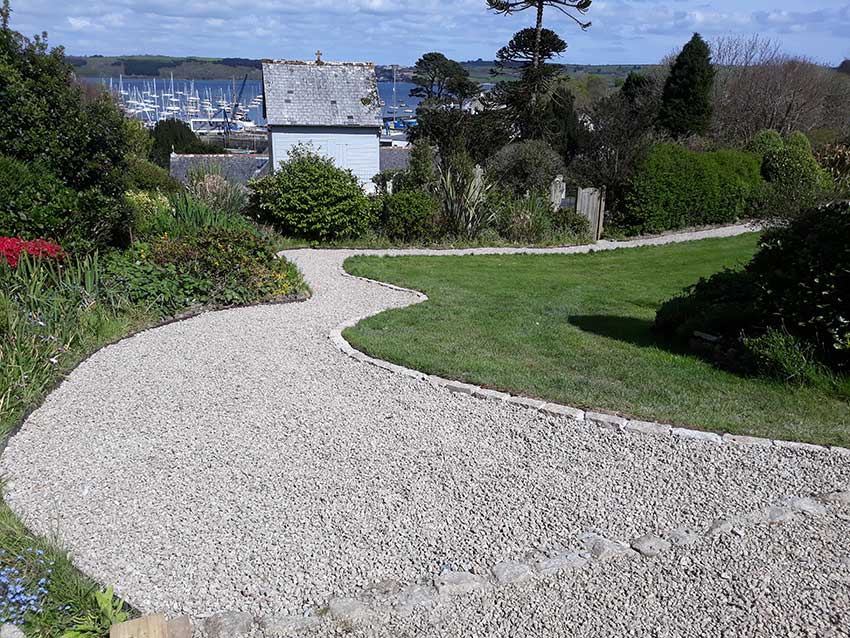 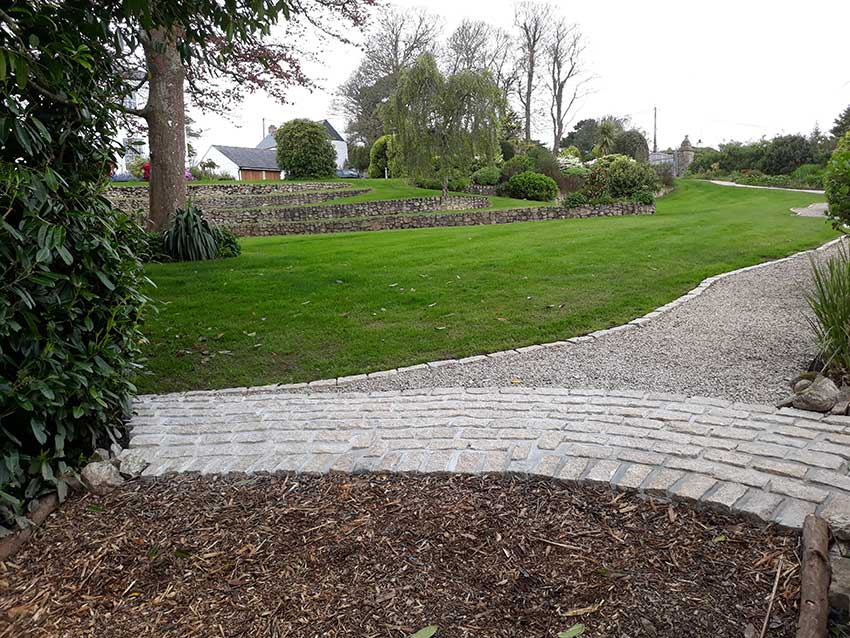 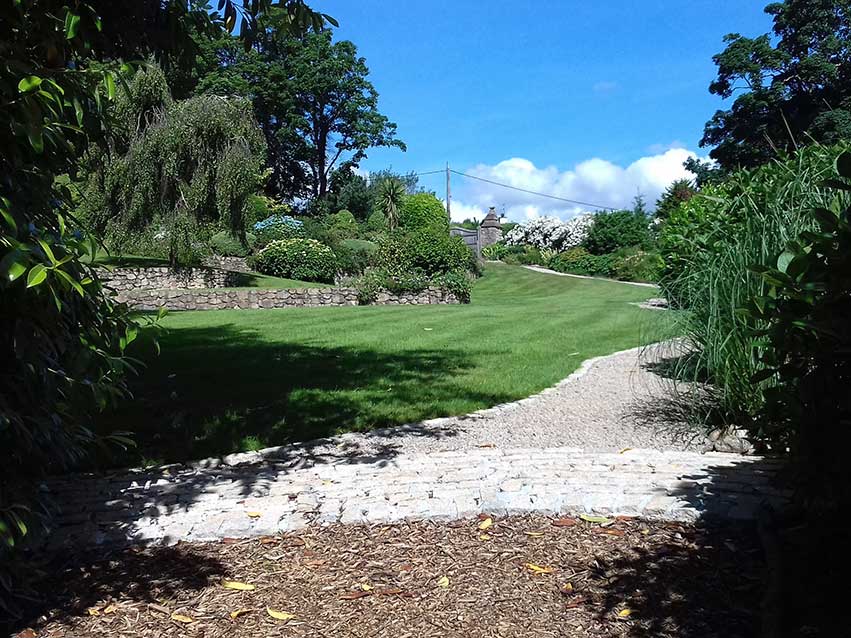 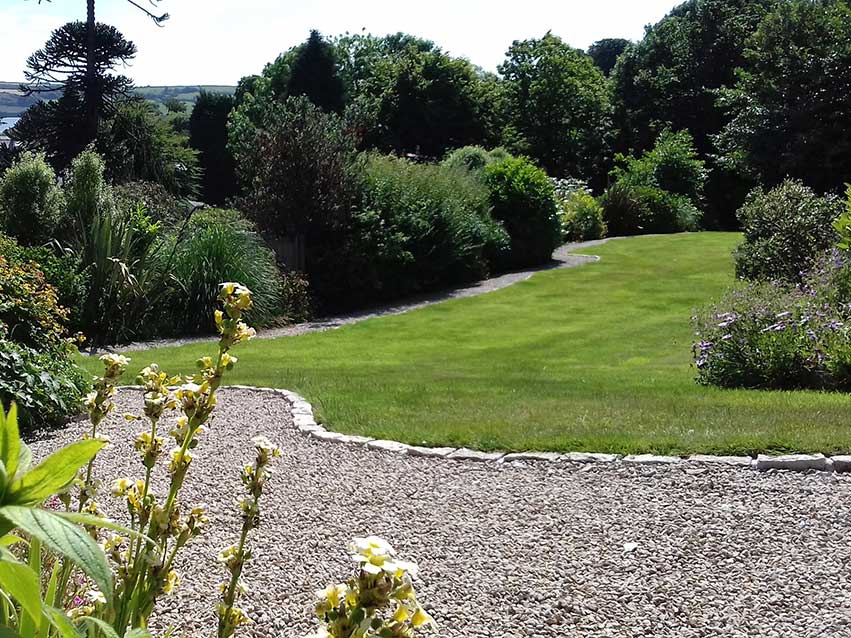 Muddy Wellies are working on a large landscaping project for us involving new pathways in a sloping wood as well as more formal paths through our gardens. Stone walls as well as beautiful garden structures are being created alongside a really imaginative planting scheme. They are friendly, knowledgeable, creative, hard working, reliable, honest and a joy to have working in our home.